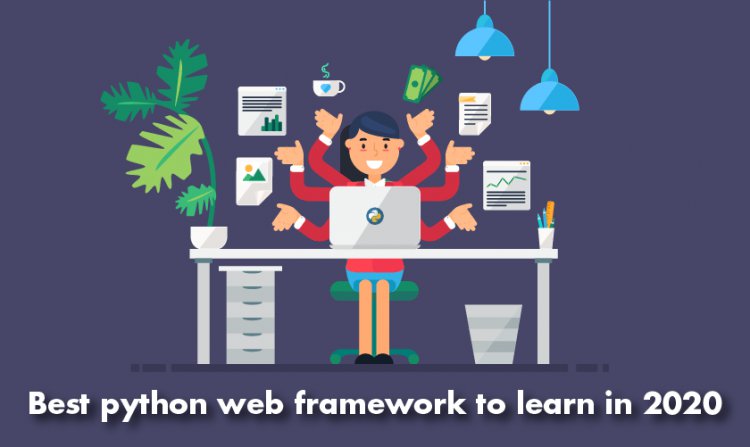 Python is highly competitive relative to other programming languages. Here we discuss the best python web frameworks to learn in 2020. Python is also very popular for its easy syntax programming, readability of code, and English-like commands that make coding in Python much simpler and more effective. It’s simple to use, strong, and flexible, making it a great option for beginners and experts alike. Its readability makes it a great first programming language. This helps you to think like a programmer and not to waste time with a complicated syntax. According to TechRepublic, one of the “10 Most In-Demand Tech Jobs of 2019” is a Python developer, due to the increase of AI and Machine Learning technologies. Because it is a high-level language and performs complex tasks, Python is easy to learn and has a simple syntax.

Python Application Frameworks. A web framework is a set of packages or modules that allow developers to write web applications (see WebApplications) or services without having to handle such low-level information as protocols, sockets, or process/thread management. Choosing one depends largely on the type of app you plan to create. So far, Django and Flask are the main Python frameworks. When the tradeoff boils down to just two, the majority will go for Django. Flask is often used by those who can not use Django for some reason. Python can’t be used on the front end. You need frontend technologies such as HTML, CSS, javascript, jQuery, etc. For the front-end. Python can be used as a backend scripting language. Like some have already said, essentially, you can’t use Python at the front end.

You can use Python to create server-side web applications. Although there is no need for a web framework to create mobile apps, it is uncommon for developers not to use existing open-source libraries to speed up their progress in making their applications work. Django, Grok, WebPy, TurboGears, WebApp2, Pyramid, and Flask are some of the most widely-used Python web development frameworks that can help you build your website from scratch. When it comes to building a website, it’s very important that you start with a very small move.

Is python good for web development?

Yes, Python is a favorite among application programmers as well as web developers (thanks to Django) because of its strong focus on readability and performance. And the greatest benefit of the language is that it’s easy to understand. You can use Python to create server-side web applications. Although there is no need for a web framework to create mobile apps, it is uncommon for developers not to use existing open-source libraries to speed up their progress in making their applications work.

Python vs PHP for web development

PHP is based on object-oriented programming, while Python is both object-oriented and process-oriented programming. Python is a general-purpose programming language used for web creation. On the other hand, PHP is not intended for general-purpose programming, but only for backend web creation. Python has better namespace and it’s easier to import python functions than PHP. You can use the Python Django web development platform that is so easy to use and work with, you can create large-scale projects using its comprehensive libraries and web development packages.

Can python be used for web development?

How is python used in web development?

Python has been commonly used for server-side programming due to its robust website development capabilities. This language is widely used for fast prototyping and developing highly scalable web applications by technology leaders such as Google and even NASA!

July 19, 2018
Why Android Application is a Smart Decision

August 28, 2018
Want your e-commerce website to be visible on the top rankings? Read now!
CATEGORIES