Marvelous Tips to Avoid an Abandonment of Mobile App 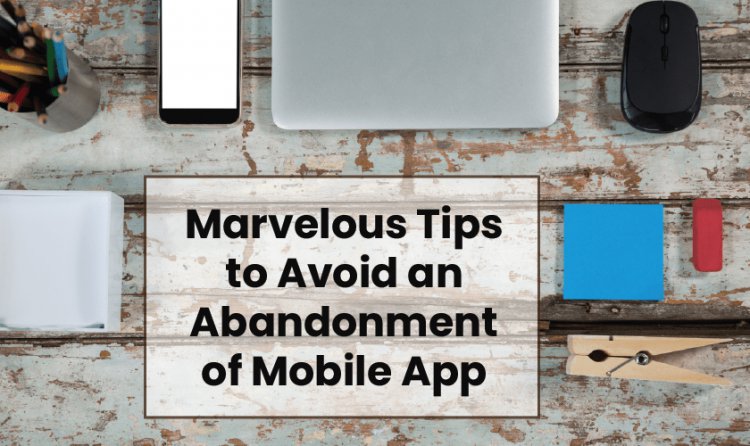 Almost every single time users launch your app, they do not notice the changes you have made through the application’s latest versions or updates until you come up with something revolutionizing. Thus, when you invest capital into ideas to develop an app in an even better way than before and make it more user-friendly, let users identify the changes right away. However, it’s not all about the money you invest, but the ideas and timing matter as well. To be efficient on time, you can utilize the feature of push notifications to let the app’s users know about the updates you are making within your app. Announcing, an unrivaled feature rollout and when it’s going to release would lure users to notice it and share the update within their social circle.

Friendly Touch into an App

While formulating an app, take notice twice to ensure that you are infusing some amount of friendly and personal touch in it. It’s a fact that usability of the smartphone has increased in the last few years. An essential target of the applications development Company in US and other professional developers is to create a rich-featured app to promote engagement amongst users through creativity. So if any of the apps sacrifices a friendly approach to impress the users, it might not be victorious enough even if the app offers a number of other functionalities. The friendlier it is, more your users will fall in love with it.