How To Learn Mobile App Development in 2021 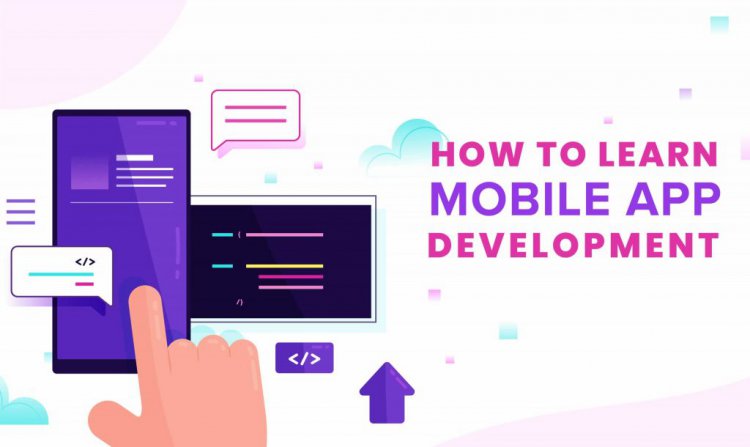 If you want to learn mobile app development and decide you want to know how to become a mobile app developer, choose a platform you want to develop apps for. The two major ones are Android and iOS, but there is also Windows, Symbian, and Blackberry RIM. Windows 10 apps are relevant, but it is not the most profitable platform available. The smartest option would be to choose between iOS apps or Android apps. Both are different. Although developers can choose to master everything, in the long run, one still gains expertise in some and not all areas, therefore it does not pan out, to begin with. Wouldn’t it make better sense to study one extensively and gradually expand your learning to the next technology?

To be a mobile app developer, you need to know a programming language to start coding, plus have an attitude of persevering since software development can soon become a tedious job. If you are starting from scratch you will need to undergo training to learn to code apps that are secure, stable, and compatible with modern mobile architectures. Even if you have not used coding before, you should have a basic idea of how object-oriented programming works. That makes it easy for you to understand and learn how developing a mobile app works.

If you are an absolute beginner, it would help to take up introductory courses on computer science. You can easily find free online courses on sites like edX, Coursera, etc which quite be possibly be among the  best app development courses for beginners, especially if you learn mobile app development online. In fact, even the most seasoned developer starts with at least a few of the following:

Based on Google's Android platform, Java has always been the language of choice for mobile app development. It is a class-based, object-oriented programming language designed to have as few implementation dependencies as possible. Java allows for cross-platform support and ease of portability when creating apps for different kinds of hardware and multiple OSs.  Object-oriented programming (OOP) is based on the concept of "objects", that hold data and code: data is often in the form of fields (also known as attributes or properties), and code, in the form of procedures (also called methods). The object's own procedures can access and modify where required its own data fields. In OOP, computer programs are developed using objects that interact with one another. OOP languages are diverse, but the most popular ones are class-based, meaning that objects are instances of classes, which also determine their types. In class based programming, inheritance occurs as a result of defining objects by classes, instead occurring through objects alone. Since the classes are defined beforehand and the objects instantiated based on classes, if two objects ant and butterfly are instantiated from the class Insect, they are inherently insects and as a programmer you may handle them in the same way i.e., expect the existence of the same attributes such as six_legs or life_cycle or is_a_living_thing. Java applications are so versatile that they are known to be Write Once, Run Anywhere (WORA). The code can be expected to run the same way on any Java-enabled device without modification. Though Java is an older programming languages, it has evolved well—particularly in the mobile space because of its flexibility.

Kotlin is amongst the relatively, newest programming languages and was designed to interoperate completely with Java. It is a general-purpose, cross-platform, statically typed programming language with type inference. Kotlin is designed to interoperate fully with Java, it is expressive and has proved to be a precision based programming language that significantly reduces common errors.  Kotlin is an easy-to-learn, open-source language that operates on Java Virtual Machine and can easily be integrated into existing apps. In 2017 Google endowed it with the title of "the preferred language for Android app developers", giving it preference over Java. Kotlin Application Deployment compiles faster, prevents applications from increasing in size, and is lightweight. Code written in Kotlin is smaller in size compared to Java. Programmers are able to solve problems using lesser code, which results in steady, reliable code, fewer bugs and less crashes in UX. Kotlin compiles code to a bytecode which can be easily executed in the JVM.  Also better than Java is Kotlin’s scalability which was welcomed by developers who adopted its expansive approach to programming. It has a more extensive standard library than Java, with an excellent collection of APIs. Programmers can even improve or add custom functions, and extend an existing class. Kotlin’s use of bytecode has made it easier for developers to migrate without having to forego the flexibility of choosing it over Java.

Swift, as the name implies is a fast-speed, powerful, intuitive programming language> it was developed by Apple for macOS, iOS, watchOS, tvOS and beyond. Swift code is interactive making it fun to use. It has a concise yet expressive syntax, and is safe by design. The software that it produces runs lightning-fast, as it is designed to replace Objective-C, the language Apple initially used for native applications in iOS. Although Swift primarily was created for iOS development, it supports macOS, Windows, and Linux officially, and unofficially it also has support tools available for adding support to Android. It became an open-source language several years ago, while maintaining its ability to run Objective-C, C, and C++ runtime libraries simultaneously and running Swift code.

Rust can be defined as a multiple-paradigm based programming language, although relatively newer it is already known for its memory management capabilities and security. With cross-platform support, Rust can develop mobile applications that run on Android, iOS, Windows, macOS, Linux, and an assortment of Unix flavors. Similar to C and C++, it has the flexibility to function as a development tool for designing native or web-based apps, and holds the power to run as operating systems, browser components, and game or simulation engines. Rust can directly access hardware and memory, making it ideal for embedded, bare-metal development. It can be used to write extremely low-level code, such as operating system kernels and microcontroller applications. Rust is good for guaranteed memory safety and is optimum for developing software that provides services to other software.

HTML5 is the fifth and last major HTML version that is a World Wide Web Consortium recommendation, it is a markup language used for structuring and presenting content on the World Wide Web. HTML5 does not necessarily match the rest but can be used to create web-based applications that run on any device through a browser. It provides a robust, ubiquitous app capable of running on any supported OS and hardware type—all running off the same code base.

Where hypertext markup language (HTML) was the primary language for developing web pages, HTML5 as the newest version has evolved with new attributes, elements, functionalities, and behaviors, and a larger set of technologies that allows the building of more diverse and powerful Web sites and applications. It has enabled better error handling, and has enhanced abilities in terms of embedding graphics, audio, and video content using canvas, audio, and video tags

It also contains extensions for the JavaScript API, such as for caching, drag-and-drop, geolocation, and storage. HTML% has added markup for replacing scripting and it provides multi-device support. No wonder this current version is called the HTML Living Standard.

This is Titanium SDK, an open-source framework that allows the creation of native mobile apps on platforms including iOS, Android and Windows UWP from a single JavaScript codebase. Titanium also uses JavaScript, but it is good to remember that you’re not building your apps using HTML5 or CSS3, just JavaScript. On web pages, you can modify CSS properties to change the look and composition of the objects, but to change the appearance of a button in Titanium, you must modify parameters on the button itself to make any changes. On compiling your Titanium app to iOS or Android, the Titanium “engine” processes your JavaScript and then builds an appropriate native project for the platform that you’re building for.

With a lot of technical knowledge and even a little coding experience, you will know what your next step entails.

Once you have chosen your platform, learn its core concepts.

If you decided upon iOS development at a mobile app development company, your best option might learn Objective-C first. There are still thousands of iOS apps out there built with Objective-C, especially because of how readily available documentation and information around it is to find. You will need it to maintain or fix code.

Apple offers the iOS Developer Library, which is also very well-documented, and there are several tutorials and videos to help you learn to code. It breaks down the complexity of the iOS development program into easily understandable and digestible chunks.

For the Android platform, you need Java or Kotlin. The best place to begin is Google’s Android Developer Library which is well-documented and has a comprehensive amount of training material.

Beware that the many different types of available Android devices on the market, make Android development lengthy, but passing that hurdle, helps you reach a wider market.

Subscribing to Android Weekly Newsletter helps you stay updated on the latest softwares and technologies.

You can also develop an app for your products with mobile development software which does not require coding, and has thousands of templates to help.

Knowing how to write code is simple, it is the beginning of app development, but unless you do not practise consistently your code can not be more than dead. You will gain much better results if you choose to keep writing and practicing clean code and documentation as practice.

Don’t just start to learn mobile app development straight away. Everyone can make an app if they access technical skills. The simplest type of app will probably take around 2-3 months to develop, plus will need to be forwarded to the App Store of choice for the approval process. Add to the estimate you’ve prepared based on your research, at least some extra weeks as there will be extensive testing before you are ready to move forward for app approval and deployment. Getting started is the hardest part.

Appedology has a great team of app developers and project innovators ready to start coding after wireframing and strategizing and we are always willing to add in newer, talented people to our team. Whether you choose making mobile apps or using them, Appedolgy is one of the best mobile app development companies in the USA. Still want to learn how  to become a mobile app developer, come join the team of experts consistently training to hone their skills. We’ll guide you, every step of the way.

June 11, 2021
Steps That Should Be Taken While Building an App after Deciding the Final App Idea
CATEGORIES