What is the Process of Making a Prototype of Your Mobile App? 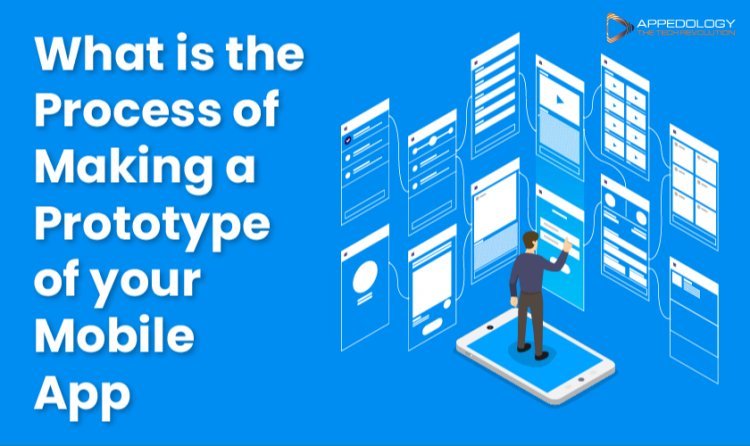 The prototype will help to encourage consumers to invest in the product before all the resources required for implementation are allocated. In this article, I’ll show you what is the process of making a prototype of your mobile app.

What is an App Prototype?

A mobile app prototype is a conceptual digital mock-up that looks like a real app, which shows the app’s fundamental design and functionality, but does not include a working code. An app prototype can be as simple as paper sketches or as high-fidelity as a clickable, interactive model that works on your computer.

How to Make a Prototype of an App

Mobile app investors receive a multitude of pitches every day in their inboxes. Understanding how to make a prototype of an app for your mobile app will help you distinguish your startup from the competition and give you a competitive edge when selling your product to potential investors.

These all are important mobile app prototyping steps. Here is the list of types of prototypes:

So one of the phase-in making a successful app is to ensure that you have a dilemma going to be solved. The issue may range from a corporate necessity, if you’re on the B2B market, to something as basic as boredom (see games).

You would think this move sounds fairly straightforward. Oh, it is.

But you’d be shocked how many people come to us with ideas only because they seemed to be “interesting.”

Once you have defined the issue, start brainstorming the product specifications. It’s easy — and fun — to list the variety of thousands of features that your app should have. That’s just what you’re supposed to do!

When you build an iOS app or an Android app, create a list of functionality that would make up your perfect app. From there, give preference to certain things by what is most important to your target audience and what would be good to have.

Pick the first 3–4 features on your priority list and build your app for them. You can add more features as soon as you show that you have an idea that resonates and that your product seems to be something people really want.

These all are important mobile app prototyping steps. Until you have identified the highest priority features, continue working on the UI. One of the best ways to create a user interface is, to begin with, a few rough sketches of how primary screens should sound and look.

Take a look at these sketches:

Step 4: Turn Your Sketches Into Wireframes

Once you’ve sketched your primary screens, you can start wireframing.

A wireframe is a low fidelity, the condensed outline of your product, consisting of frames, words, lines, and sometimes explanations. It’s intended to lay down the foundation of where the app is heading, rather than the final look and feel of the app.

Step 5: Turn Wireframes Into A Prototype

Wireframes that can be placed in the hands of people who may want to test the product are useful for feedback. You can convert low-fidelity wireframes into a simple prototype and share it with your target audience, friends, colleagues, manager, and supervisor to help them understand and provide feedback on the software.

Over the years, we have used a range of mobile prototyping methods to switch from the original design to the interactive prototype. InvisionApp is one of the most widely used prototyping software and is very open to simple prototypes.

Finally, it’s time to switch from grey wireframes to sparkling pixel designs. If you don’t have the expertise to introduce the concept yourself, you can find a co-founder, employ a software developer, or employ a freelancer.

In each case, you’re going to want to spend time talking to these people about your vision and evaluating their ability to succeed by examining their past work. Some designers use Sketch to create their app designs, while others use Illustrator. When you have the final files, upgrade your Invision or Xcode prototype to make it look and sound like it’s live.

Mobile app prototyping validates an early concept and offers opportunities for testing new concepts early in the development process. During the prototyping phase of the design thinking process, usability testing will help identify potential changes to be made before the project is completed.

The concept behind the rapid prototyping mobile app is to create an early version of the product to validate the business idea and to collect critical consumer input as quickly as possible. … Rapid prototyping helps teams to gain a lot of time to take feedback, review, iterate, and re-test the modified prototype step by step.

December 20, 2018
Some interesting Facts That You Should Know about Virtual Reality