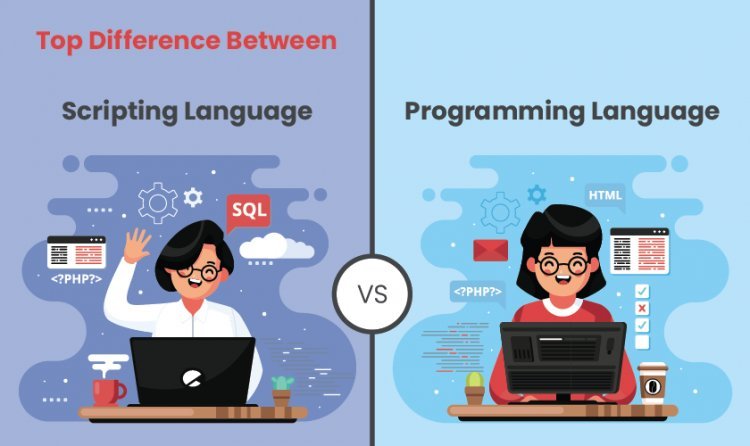 Today we discuss Top Difference Between Scripting Language vs Programming Language. Start with what is a programming language.

What are Programming Languages?

Programming Languages You Should Learn in 2020:

Here is the list of  Programming Languages You Should Learn in 2020:

What is the difference between markup language and programming language?

What is a scripting language?

Scripting languages came about mainly because the Internet was built as a messaging device. Scripting Languages Examples are JavaScript, ASP, JSP, PHP, Mysql, Tcl and Python.

There are several scripting languages which are listed below:

Bash: Working within the Linux interface is a scripting language. Using bash to create scripts is much easier than doing other programming languages. This defines the methods in the command line to use and write, which generates valuable portable files which maintain documents for other users to deal with.

Ruby: There are many reasons why you should learn the Ruby programming language. Ruby’s flexibility has made innovative software available to developers. It is a scripting language great for web creation.

Python: Free, open-source and easy to use. It supports procedural programming as well as object-oriented programming. Python is an interpreted language with dynamic semantics and huge lines of code are scripted and are the most hyped language among developers at present.

Perl: A scripting language with innovative features that make it popular and different. Found on all Linux and Windows Servers. It aids in the tasks of text manipulation. High traffic websites which make extensive use of Perl.

Is SQL a scripting language?

No, SQL(Structured Query Language) is not a scripting language. It is the most popular query language. Query script language combining scripting power such as flow control & variables with standard SQL statements or RDBMS-specific commands.

How to learn to script?

You can learn scripting languages from E-books, online courses, tutorials and most important by practising.

July 11, 2018
Reasons why focusing on website speed is necessary

February 20, 2021
Live Chat Services for Websites | How to Improve My Typing Speed?