How to Upload Apps to Google Play Store - Ultimate Guide 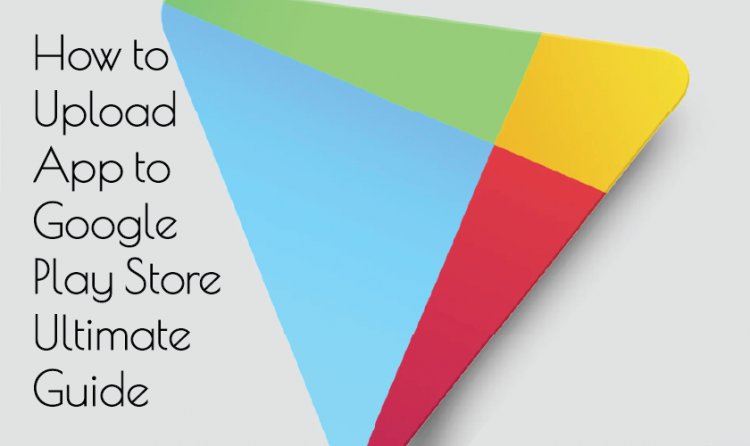 How to Upload Apps to Google Play Store – Ultimate Guide

Before we even go there, step one to that entire process would be making a kick-ass app that you are certain would engage users and be downloaded by any Android user looking for it. When building your app, it helps to use Google Play’s recommended publishing format, the Android App Bundle for Playstore app hosting.

Next you’ve probably already tested it too: as much as you can, for UI and UX. Coming to Google App Store with a half-baked product will waste your most valuable resource: time.

You can choose to test your app in specific, contained groups of testers, before allowing testing for larger audiences or extensive Google Play users. Remember that users often provide genuine, constructive feedback gleaned for real time usage that helps you to make changes as required,before it messes up your public rating. Testing may be internal or closed test, in which you can invite testers via email or Google Groups, and then gather exclusive feedback. It then makes better sense to prepare and roll out a release to the test track.

Should you opt for it, you can also set up open testing tracks that let anyone to join in your tests on Google Play, and provide feedback. This can be done without affecting your Google Play rating.

Everything at the testing end looks great, let’s move on. We intend to tell you how to publish apps on play store, step by step.

If you want your app reaching Android users, then it needs to be deployed via the Google Play store. This isn’t the only distribution method, but it is the simplest way to reach millions. After you’ve created your Google Play developer account, you can create apps and set them up using the Play Console. But let’s add details to that a little further on. Publishing a first app in Google Play Store isn’t Herculean, and given a few guidelines you can have your app ready for download, quickly and easily.

Here’s where you start: with the Google Play Developer Console. Do you want to know how to publish apps in Google Play Console? Keep reading.

This is Google’s dedicated dashboard for developers that allows you to manage your apps in the Play Store. Google charges you a one-time $25 registration fee to create a Google Play Developer Account which you must pay before you begin uploading your app.

Note that the developer account is loaded with functions and control features. There is also no limit to the number of apps per developer ID that can be uploaded, simply size constraints per apk. According to Google, charging the fee encourages better, higher quality products, i.e. less SPAM.

If the fee seems like a deterrent, it helps to compare it with Apple’s and Microsoft’s policies for their app stores. Apple fees are $99 per year, while Microsoft will cost you anywhere between $12 and $99 per year, depending on your account type.

After signing up for google play store and paying the registration fee, you need to complete your account details with your Developer Name – the name you want displayed on the Google Play store. You might have a little wait after adding in your details as it can take up to 48 hours for your Google Play Developer registration to get processed.

You will also need to fill out all the credentials asked while creating the account, such as your country name, this is because apps are only approved for Google-supported countries. Countries like the United States, the United Kingdom, Canada and Australia are on Google’s approved list, but New Zealand and Singapore aren’t. Also, the European Union new additions like Romania, Slovakia, and Slovenia have not made it onto Google’s list yet.

At this point, it is worth reviewing Google Play Apps Policy Center and the Android Developer Help Center to avoid uploading content that may violate Google Play terms and conditions. Apps that violate the terms and conditions are suspended from the store, so knowing the rules is imperative. Also, repeated violations will result in the termination of your developer account. However, there is nothing to worry about for developers that create original, secure apps.

One helpful tip, know that you can create your app through Google itself. If that is the way you choose to go, simply open the Play Console and go to Select All apps > Create app.

Choose a default language and add the title you have chosen for your program. Type the name of your app as you want it to appear on Google Play, and specify whether your application is an app or a game. The names and genres you chose can be changed later on.

You must state whether your application is free or paid and add an email address for Play Store users to contact you about this application. Complete the “Content guidelines” and “US export laws” declarations. Lastly click on “Create app”. Your app is ready.

If you may want to submit your app to Google Play as a paid app, you will have to create your Google Play developer account and pay the same $25 one-time registration fee to Google Play. Now create and link to a Google Wallet Merchant Center account. Setting up the merchant account is just as easy, but we can discuss that in another blog.

We are almost done. You need to provide details about your app’s content, and start by entering information for your Google Play store listing. Choosing an app category, is for the ease of your intended audience. It will help users discover your app or game by choosing a category. Additionally, applying tags to your app or game allows users to find you easily.

Create a compelling store listing by adding screenshots and a video showcasing your app. This app content information aids Google in ensuring that your app is safe for its intended users, follows Google Play policies and is compliant to legal requirements. Go through the app release which will guide you through pre-release management, testing, and promotion to build pre-release excitement and awareness. The final step is launching your app on Google Play, making it available to billions of users.

To start setting up your app, select the Dashboard on the left menu. Your app’s details will appear at the top of the page, as well as different categories and tasks linked to app setup and release. Always make sure you have completed all required stipulations before you launch your app on Google Play.

For each task you complete, you will see a green tick mark and strikethrough text, and the progress bar at the top of the section will keep filling up. Your dashboard will also keep populating with performance data, and key insights scheduled wrt each new task you complete.

Once your app is launched, you can regularly revisit your dashboard to get trends, key metrics, and insights for your app. With so many facilities and continued support it is completely understandable why choose Android App Store to launch your idea.

Now back to step one: developing that kick ass app. Here at Appedology our team of experts are here to help that idea if it needs work. From conceptualizing to strategizing, wire-framing, mood boarding and front and back end development, we are with you every step of the way, and we don’t just get down once the app is deployed on Playstore. Appedology provides support and revisions as required, based on our initial discussions with you.

Have a great app idea? Come discuss it with us, we will provide you a free consultation and then the world is your oyster.