How to Become a Front End Web Developer Ultimate Guide 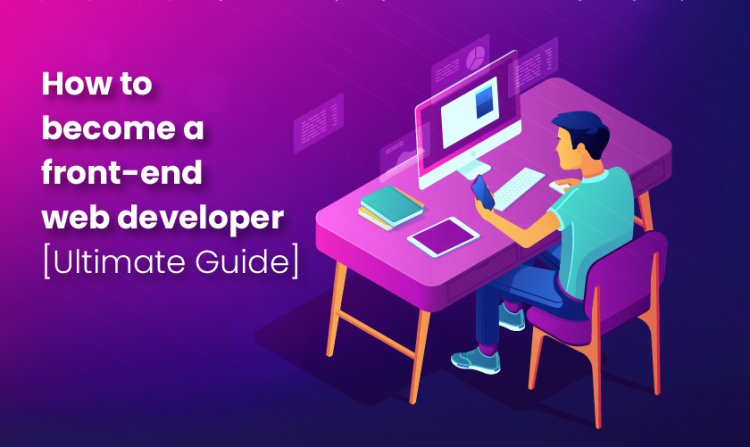 Here we discuss how to become a front end web developer ultimate guide. Front-end is a vital part of every website or app growth. As a result, front-end developers are constantly in demand. Compared to a few years ago, front-end developers now play a more significant role and even carry on parts of usability testing, UX / UI, and more.

Who is the front end, web developer?

Front-end developers are responsible for a website’s user-facing code and the architecture of its immersive user experiences. In order to implement those objectives, front-end devs must be adept at three main languages: HTML, CSS, and Javascript programming.

Looking for the Front end developer

Technical skills of a frontend developer. A frontend dev needs to learn and be fluent in HTML, CSS, and JavaScript, there is no doubt about it. Just for the sake of writing quicker, you can also familiarize yourself with an Optimized Programming Environment (IDE), like Emmet or Visual Studio Application. Front-end developers are extremely in demand. Front-end developer skills like web design, management, and software creation are some of the best and most in-demand skills today. In October 2018, Glassdoor advertised 14,157 front-end developer jobs in the USA, 6,350 jobs in the UK, and 1,070 in Canada.

Difference between the front end and back end web developer

Back-end refers to the side of the server. While both terms are often used to describe aspects of the web industry, the front-end is also referred to as the client-side and is sometimes referred to as the web design, and the back-end of the web industry is often referred to as the server-side. Backend, frontend, and full-stack development are three separate career paths that can sometimes feel muddy in technology space. Simply put, back end developers focus on data, modeling, and the back end of a website. Front End Developers help build what clients and users interact with and see. Front end developers have an average salary of $76,000, with a backend of $75,000. While this is not the highest salary in the technology industry, you can do a lot more with your experience. By default, when it comes to front-end development, JavaScript is the first place. Based on the StackOverflow survey (a survey of 64,000 developers), it is at the top of both the frontend and backend programming languages and remains ahead of Java, Python, PHP, C #, and others.

The web designer is an IT professional responsible for designing the layout, visual appearance, and usability of the website. A good web designer needs both creative graphic skills and technical skills. Web developers sometimes referred to as programmers, take the design they have designed and build a fully functioning website. To put it (very) simply, consider the design as a non-interactive “picture” of a website. Developers will take that design and break it down into its components. Here is the list of skills:

What is a front end web developer?

How much does a front end web developer make?

Front end developer has a great career if you’re the perfect designer for any kind of user-friendly website. We should move to new technologies as technology passes by and old, and all companies and customers prefer the latest technologies.

July 25, 2018
A Certainty of Web Development for better Configuration
CATEGORIES