How Safe an App is For the Innocent Users 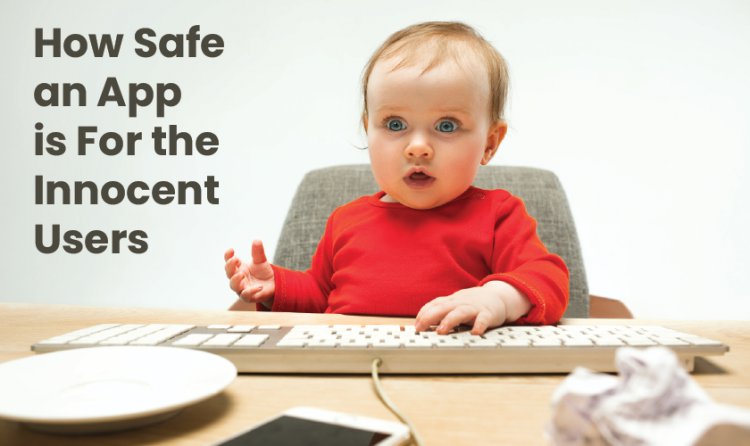 How Safe an App is For the Innocent Users: We all depend on the mobile applications for everything. The numbers of us don’t even think about the security of apps before installing them. Unfortunately, by doing such kinds of activities, we are permitting the massive amount of malware and adware to grow access and operate all of our personal information.

“According to an Appedology’s research, there are more than the 5 million apps that have shown us the billions of malware and other susceptibilities which can harm our mobile phones.”

Let’s see how the security issues grow, and the reasons behind the less security,

Not all users can ever realize the essentiality of app security until unless it can cause them personally, financially and in another way. Commonly, breaches occur due the compromising in its’ development process whether an app made for Android, iOS or Windows.

The iOS and Google’s application development Kit have numerous security issues concealed; it is only because many of the developers do not utilize an entire API potential.

It drops the loopholes and creates the security breaches which could easily neglect – and if the developers can implement the significant protocols while developing an app with the complete testing into a proper manner, so the user cannot face the hacking bugs or leakages.

It is the thing that delivers ease to the hackers. An application can develop intentionally with adware and malware through inexpert and malicious developers. Such apps can swiftly accomplish and pass the test of Google Play Store to get live to hunt down the innocent users.

Might be the adware is not a mega-threat but they have the efficiency to find out the way to pop up the multiple advertisements, or block incoming calls, messages. Moreover, it contains the cookies and bugs that can get access to the user’s private data.

It must be surprising for each of the users that there are more than 250,000 apps available on Google Play which has adware included in their backend. Moreover, nearly 5% of the highest 400 applications discredited on adware and malware that is affecting the millions of users on every single day.

At Appedology, all the developers belong with an extensive successful background. They have eliminated a word compromise form their dictionary because they trust on the quality work and it what has made them the best mobile app development Company in USA.

August 20, 2018
Make the most of your iPhone with these Super Cool tricks.
CATEGORIES